Born Harold Metcalf in Forrest City, Arkansas, he is the 8th of 13 children. He began his music career in his early teens, playing trumpet and singing lead vocals, in a 7 piece band, Abraham and His Sons. He co-wrote the group's first hit single, ?Your Mother Understood?, released on Revue Records, in 1971.

He has made several appearances on ?The Bobby Jone Gospel Show?, participated with ?Sunday's Best? Winners, and ministered on numerous gospel events across the Midwest and Texas. Additionally, he was nominated by the ?Rhythm of Gospel Awards? for his work on his first album, ?Shelter In The Storm", in 2010.

In 2003, he wrote and recorded his first 4 song project, ?About My Father's Business?.

Currently, Minister H. Metcalf has a hot new contemporary single entitled, ?Keep The Word Of God?, that will surely bless the world! He has also just released a 10 song album entitled, ?Blow On Me?. Loaded with potential hits, he wrote and co-produced all 10 songs on the album.

With God?s Grace, everything is already in place for Minister H. Metcalf?s Anointed Ministries, to become the Next Big Blessing to the World! 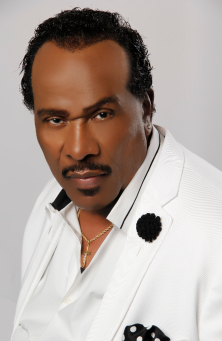 With Years of Preparation, God has Pruned and Strategically

Positioned Artist H. Metcalf to be a Marketable, World Wide